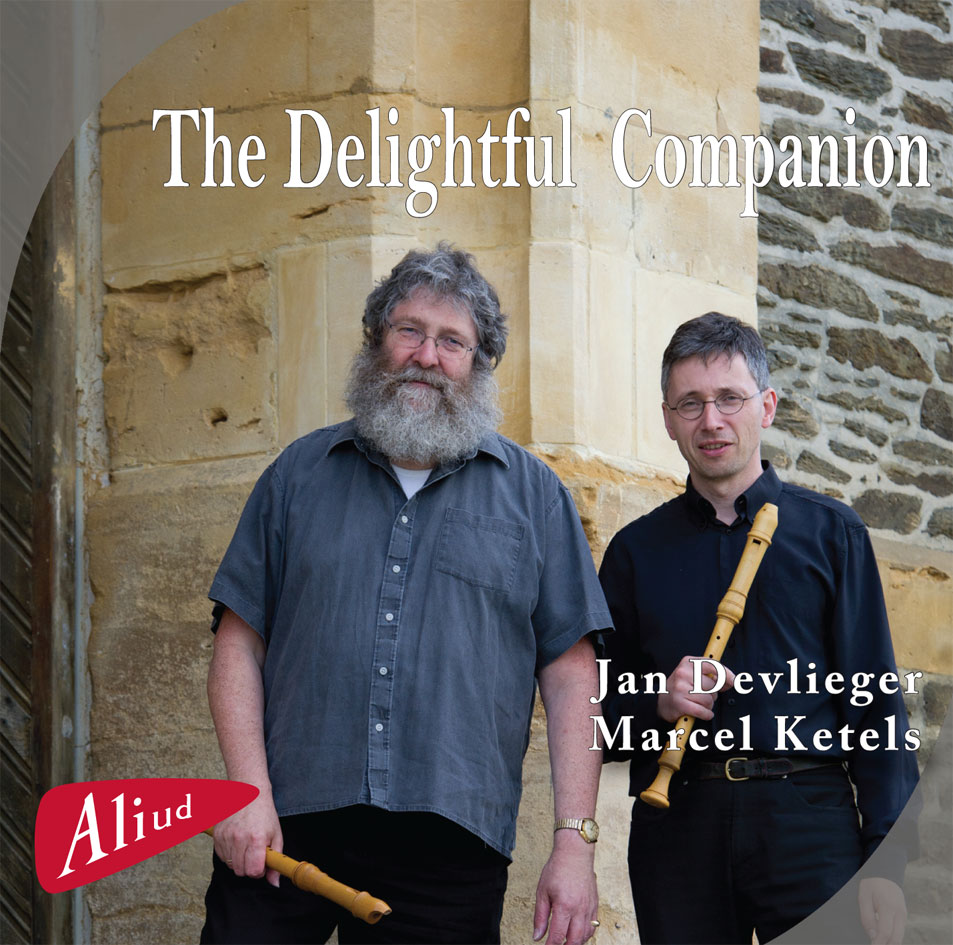 [show_more more=MORE… less=HIDE] In this age where music is an “industry”, it’s good to be reminded by discs such as this collection of recorder duets by Jan Devlieger and Marcel Ketels that there is so much music that simply exists to give pleasure and fulfilment principally to those who play it, no matter whether or not anyone is there to listen. The Delightful Companion refers here to descriptions of the recorder in English music manuals and also to the idea of two friends playing music together. This spirit of convivial, relaxed music making it stand out. Jacob van Eyck’s variations on popular tunes collected in Der Fluyten Lust-hof is a staple of the solo recorder repertoire, but duet versions of five tunes were also published. These arrangements are rather clumsy, particularly when set here against fantasias by the likes of Lassus and Morley and their authenticity is doubtful, but played here, with plenty of character – such as the heavy vibrato in Amarilli mia bella – they’re a lot of fun to listen to. Duet sonatas by baroque composers make up the second half of the disc. Jean-Baptiste Loeillet de Gant is a name probably little known outside the recorder playing world, but his delightful sonatas are excellent material for amateur players (and are staples of the exam syllabi). The two recorders weave sinuously together with perfectly coordinated French-style ornamentation. The light galant style of Telemann’s sonata TWV 40:102 brings the disc to a cheerful close.
[/show_more]